Warning: count(): Parameter must be an array or an object that implements Countable in /home/customer/www/amusicallife.com/public_html/wp-content/themes/playcastpro/lib/metaboxes/init.php on line 746
 Chad Seiter, Movie, TV and Videogame Composer - A Musical Life 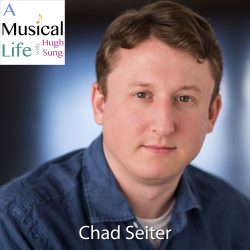 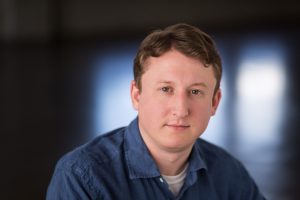 Chad Seiter has composed and produced original music for several major Hollywood franchises such as Star Trek, Fringe, and Lost. He is also Composer, Music Director and Associate Executive Producer for Pokémon: Symphonic Evolutions and The Legend of Zelda: Symphony of the Goddesses touring concert series performing symphonic arrangements of classic Nintendo scores with hundreds of the world’s leading orchestras.

Chad Seiter is one of those composers lucky enough to create music that encompasses his passions for movies, TV and video games. Chad started his career as an assistant to Academy Award-winning composer Michael Giacchino, and has produced music for some top video game titles, such as the 2013 ‘Star Trek’ video game based on J.J. Abrams’ reboot film, and 2016’s ‘ReCore’ from Microsoft studios.  A die-hard retro gamer himself, Chad’s symphonic arrangements of themes from classic NIntendo games has been a huge success, and a great way to attract new audiences who have never been to a live symphony concert before.

Aurélia Azoulay-Guetta is one of the co-founders of a fascinating sheet music reader app called Newzik for iOS.  First, a little bit of history – it really starts with me, because I was one of the first professional musicians to go completely paperless. Back in 2001, I came up with a system for using computers... END_OF_DOCUMENT_TOKEN_TO_BE_REPLACED