Warning: count(): Parameter must be an array or an object that implements Countable in /home/customer/www/amusicallife.com/public_html/wp-content/themes/playcastpro/lib/metaboxes/init.php on line 746
 Julien Beaudiment, French Flautist - A Musical Life 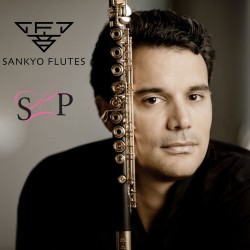 French flautist Julien Beaudiment has enjoyed a remarkable career, having been appointed principal flute of the Orchestre de l’Opéra National de Lyon when he was still a student at age 22, as well as being the only French flautist to have held a principal position at a major British Orchestra, the BBC National Orchestra of Wales.

This past November, I had the wonderful privilege of performing together with Julien Beaudiment at the Riverside Cathedrale in New York, presented by SKP Consulting and Management. Right after rehearsing for the concert, I had a chance to sit down with Julien for an intimate conversation. In 2013, Julien became the principal flute of the LA Philharmonic, but then left abruptly in 2015, citing personal reasons. In this special interview, Julien shares the reasons why he left LA and returned to his principal position at the Orchestre de l’Opéra National de Lyon. 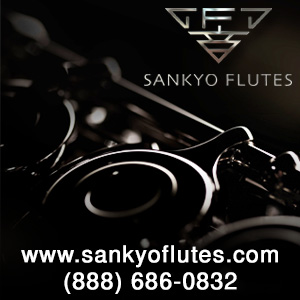 […] can listen to the full audio interview here. In this segment, Julien explains why, reluctantly, he had to leave […]

Aurélia Azoulay-Guetta is one of the co-founders of a fascinating sheet music reader app called Newzik for iOS.  First, a little bit of history – it really starts with me, because I was one of the first professional musicians to go completely paperless. Back in 2001, I came up with a system for using computers... END_OF_DOCUMENT_TOKEN_TO_BE_REPLACED