Warning: count(): Parameter must be an array or an object that implements Countable in /home/customer/www/amusicallife.com/public_html/wp-content/themes/playcastpro/lib/metaboxes/init.php on line 746
 Kerry Muzzey Film & Modern Classical Composer - A Musical Life 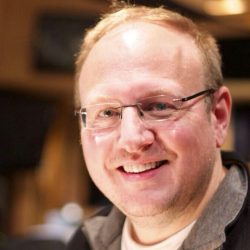 Kerry Muzzey is the composer for “The Seer”, a new documentary by director Laura Dunn and executive producers Robert Redford and Terrence Malick that just premiered at the 2016 SXSW film festival. Kerry’s music has also been heard on TV shows like “Glee”. His 2014 album, “The Architect”, debuted at #5 on both the Billboard Classical and Contemporary Classical charts.

We’re continuing our special series on Musical Entrepreneurs with film and modern classical composer Kerry Muzzey.  If you’re a composer looking to make a living from your compositions, then you’re going to really enjoy listening to Kerry’s story. One of the most remarkable things about Kerry is the fact that he actually left a well-paying corporate job at MTV Networks in New York City to become a full-time composer. The way he did it, and the way he was able to get his music into TV and film, is very insightful. Kerry’s music is full of atmosphere and intimate passion, perfectly suited for telling stories on the big screen.

When I Am Old And Grey (The Candlepark Stars)

“The Case Against 8” HBO documentary featuring the music of Blake Neely: http://www.hbo.com/documentaries/the-case-against-8

Aurélia Azoulay-Guetta is one of the co-founders of a fascinating sheet music reader app called Newzik for iOS.  First, a little bit of history – it really starts with me, because I was one of the first professional musicians to go completely paperless. Back in 2001, I came up with a system for using computers... END_OF_DOCUMENT_TOKEN_TO_BE_REPLACED