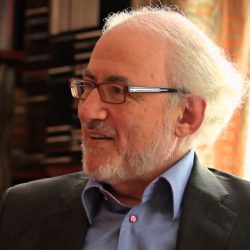 Norman Lebrecht is one of the foremost cultural writers and classical music reviewers today.  In addition to his columns for The Daily Telegraph and The Standpoint, he’s been a host on BBC 3 Radio, and his first novel, “The Song of Names”, is in the process of being adapted into a major motion picture. Norman has written extensively on the business side of classical music, and his website, Slipped Disc, is one of the most widely read resources for classical music and art news.

Journalist, writer, novelist, broadcaster, lecturer – Norman Lebrecht is easily one of the most prolific commentators on culture and the classical music arts. In addition to all his accomplishments and 12 books under his belt, Norman is an expert on the music of the 19th century Austrian-Jewish composer and conductor Gustav Mahler. I think you’re going to really enjoy this fascinating conversation with a man who has spent his life exploring the meaning and message found in classical music.

Aurélia Azoulay-Guetta is one of the co-founders of a fascinating sheet music reader app called Newzik for iOS.  First, a little bit of history – it really starts with me, because I was one of the first professional musicians to go completely paperless. Back in 2001, I came up with a system for using computers... END_OF_DOCUMENT_TOKEN_TO_BE_REPLACED