Warning: count(): Parameter must be an array or an object that implements Countable in /home/customer/www/amusicallife.com/public_html/wp-content/themes/playcastpro/lib/metaboxes/init.php on line 746
 Paul Englishby, Movie, TV & Theater Composer 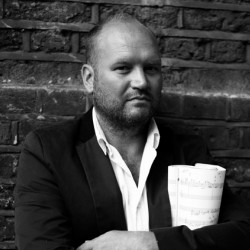 Paul Englishby on the Psychology of Film, TV & Theater Music 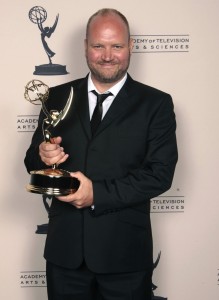 If you’ve seen an episode of the hit BBC detective show “Luther” starring Idris Elba, then you’ve heard the powerful music of Paul Englishby. Paul is also the composer for “The Musketeers”, another hit BBC television series, and has written music for several productions of the Royal Shakespeare Company, as well as for such movies as “Miss Pettigrew Lives for a Day” and the 2009 Oscar-nominated film, “An Education”.

Music brings movies and television shows to life, and in the skilled craftsmanship of a master composer, music can also add a powerful layer of commentary on the stories presented on the screen. Paul Englishby displays a remarkable versatility in the dazzling array of genres he works in and creates. After you listen to this remarkable interview, I promise you’ll never watch a movie or TV show the same way again!

Listen to the episode

The Royal Shakespeare Company’s “King and Country” tour at The Brooklyn Academy of Music – http://www.bam.org/theater/2016/king-and-country-shakespeares-great-cycle-of-kings

“Pinocchio” by The National Ballet of Canada – http://national.ballet.ca/Productions/2016-17-Season/Pinocchio

I am sure there are many young composers upon hearing this podcast that would like to know which schools are gaining or have gained a reputation in training film and t.v. composers? How many t.v. shows that we listen to are scored electronically with no “live’ performers” Or is that against the union? Anyone still composing with paper and pencil? In other words, a repeat podcast that included more of the process might be a great follow up. What do you think?

Great suggestions, George! I have another film composer’s interview already recorded for an upcoming episode, but I’ll try to remember to ask about film schools and live performers the next time I get to speak with someone in the TV and movie industry (as well as your paper and pencil question). Thanks so much!

Aurélia Azoulay-Guetta is one of the co-founders of a fascinating sheet music reader app called Newzik for iOS.  First, a little bit of history – it really starts with me, because I was one of the first professional musicians to go completely paperless. Back in 2001, I came up with a system for using computers... END_OF_DOCUMENT_TOKEN_TO_BE_REPLACED