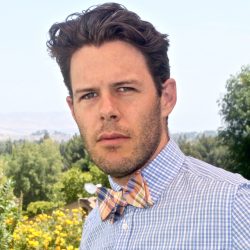 Pieter Schlosser is an award-winning film, television and video game composer known for his work on NBC’s hit show “You, Me And The Apocalypse”, as well as his collaborations with Steve Jablonsky on “Desperate Housewives”, the Transformers film, and Gears of War 2 & 3 video games. As a multi-cultural multi-instrumentalist, Pieter draws on an incredible reservoir of creativity and artistic versatility.

I really love these shows where we get to talk to amazing composers and explore the creative process and inspirations behind their work. Pieter Schlosser is one of those musicians that needs the prefix “multi” in front of their name – multi-linguist, multi-genre, multi-talented. And a great suffix for him would probably be, “go-getter” – time and time again, Pieter’s initiative has served him well, putting him in the company of great film composers like Hans Zimmer and opening some incredible opportunities in film, TV, and video games.

Aurélia Azoulay-Guetta is one of the co-founders of a fascinating sheet music reader app called Newzik for iOS.  First, a little bit of history – it really starts with me, because I was one of the first professional musicians to go completely paperless. Back in 2001, I came up with a system for using computers... END_OF_DOCUMENT_TOKEN_TO_BE_REPLACED