Warning: count(): Parameter must be an array or an object that implements Countable in /home/customer/www/amusicallife.com/public_html/wp-content/themes/playcastpro/lib/metaboxes/init.php on line 746
 Rachel Barton Pine, Violin Virtuosa - A Musical Life 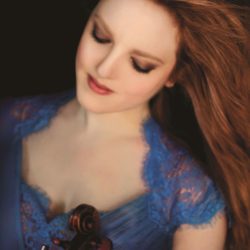 Violinist, scholar, composer, philanthropist, and heavy metal shredder Rachel Barton Pine is a one-of-a kind musical tour de force, connecting a wide array of cultures, genres, and communities. Despite tremendous childhood difficulties and a major setback early in her career, Rachel drew upon a profound spiritual resource to become one of today’s leading musicians and an inspiration to so many worldwide.

Rachel Barton Pine is, quite simply, one of the most extraordinary musicians I’ve had the honor to feature on the show. As a violinist, she has recorded nearly 30 albums and performed with major symphony orchestras and conductors worldwide. As a scholar, she has championed the music of black composers and pioneering women. On top of that, she has the distinction of being the first living and first female composer to have her violin cadenzas, encores, and arrangements of works for violin and piano published by Carl Fischer Music as part of its Masters Collection. Her musical styles cover the gamut between baroque and contemporary classical composers, and wait until you hear about her passion for heavy metal! Her latest album, Testament, was recorded at her home church in Chicago where she fell in love with the violin and the music of Bach as a child, and was recently the best selling classical album.

Aurélia Azoulay-Guetta is one of the co-founders of a fascinating sheet music reader app called Newzik for iOS.  First, a little bit of history – it really starts with me, because I was one of the first professional musicians to go completely paperless. Back in 2001, I came up with a system for using computers... END_OF_DOCUMENT_TOKEN_TO_BE_REPLACED