Warning: count(): Parameter must be an array or an object that implements Countable in /home/customer/www/amusicallife.com/public_html/wp-content/themes/playcastpro/lib/metaboxes/init.php on line 746
 Sean Perrin, Host of the "Clarineat" Podcast - A Musical Life 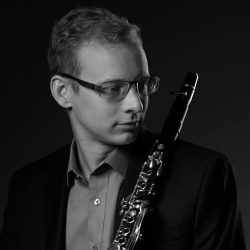 Sean Perrin is a clarinetist, entrepreneur, and the host of “Clarineat”, a popular podcast show dedicated to all things related to the clarinet. Sean’s debut CD, “Dreamsongs”, hit the top of the Canadian Jazz charts when it was released, and features a unique mix of arrangements of Chick Corea and Phillip Glass songs performed on clarinet, marimba and vibraphone. If you’re a musician thinking about recording a CD, you’ll find this interview with Sean really informative. He managed to get his project funded through a series of grants, scholarships, and a Kickstarter campaign that raised 127% of its goal. His podcast, “Clarineat”, features interviews with some of the leading clarinet players, teachers, manufacturers, and thought leaders affecting the clarinet world. 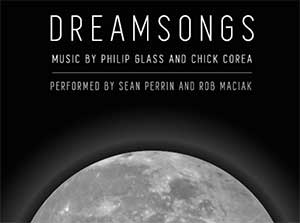 Thank you for having me on the show, Hugh!

It was a pleasure and an honour to speak with you and I would love to return in the future.

Aurélia Azoulay-Guetta is one of the co-founders of a fascinating sheet music reader app called Newzik for iOS.  First, a little bit of history – it really starts with me, because I was one of the first professional musicians to go completely paperless. Back in 2001, I came up with a system for using computers... END_OF_DOCUMENT_TOKEN_TO_BE_REPLACED