Warning: count(): Parameter must be an array or an object that implements Countable in /home/customer/www/amusicallife.com/public_html/wp-content/themes/playcastpro/lib/metaboxes/init.php on line 746
 Steven Hackman, Composer, Conductor, Arranger, Producer - A Musical Life 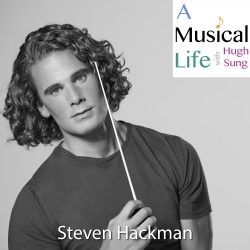 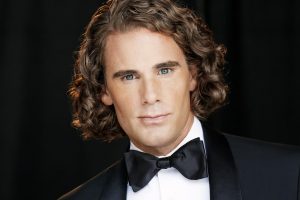 Steven Hackman is one of the most exciting hybrid classical and pop artists on the scene today. Steve has worked extensively with the hit classical crossover group, Time for Three, writing several of their unique arrangements, and is currently the Creative Director of FUSE at the Pittsburgh Symphony Orchestra, Music Director of the ‘Mash-Up’ series at the Colorado Music Festival, and founder and creative director of his own music brand :STEREO HIDEOUT:

I first met Steve as a young conducting student at the esteemed Curtis Institute of Music, studying under the legendary maestro Otto Werner-Mueller. But while he was pursuing serious classical music studies, he had a secret passion. One day, I happened to be walking by some of the basement practice rooms, and heard the most amazing pop piano and vocals coming out from one of them. You guessed it – it was Steve, who has an amazing voice, and is an incredible pop songwriter in his own right. As a conductor, Steve went on to work with the Reading Symphony and the Indianapolis Symphony. As a pop songwriter and arranger, he continues to collaborate with Time for Three, has a second album of his own original hip hop music in the works, and even had a run on season 7 of American Idol, placing in the top 64 out of 150,000 contestants.  But what really got my attention was the amazing symphonic mashups he’s been creating, blending pop and classical mediums in a way that’s exciting new audiences everywhere.

Aurélia Azoulay-Guetta is one of the co-founders of a fascinating sheet music reader app called Newzik for iOS.  First, a little bit of history – it really starts with me, because I was one of the first professional musicians to go completely paperless. Back in 2001, I came up with a system for using computers... END_OF_DOCUMENT_TOKEN_TO_BE_REPLACED